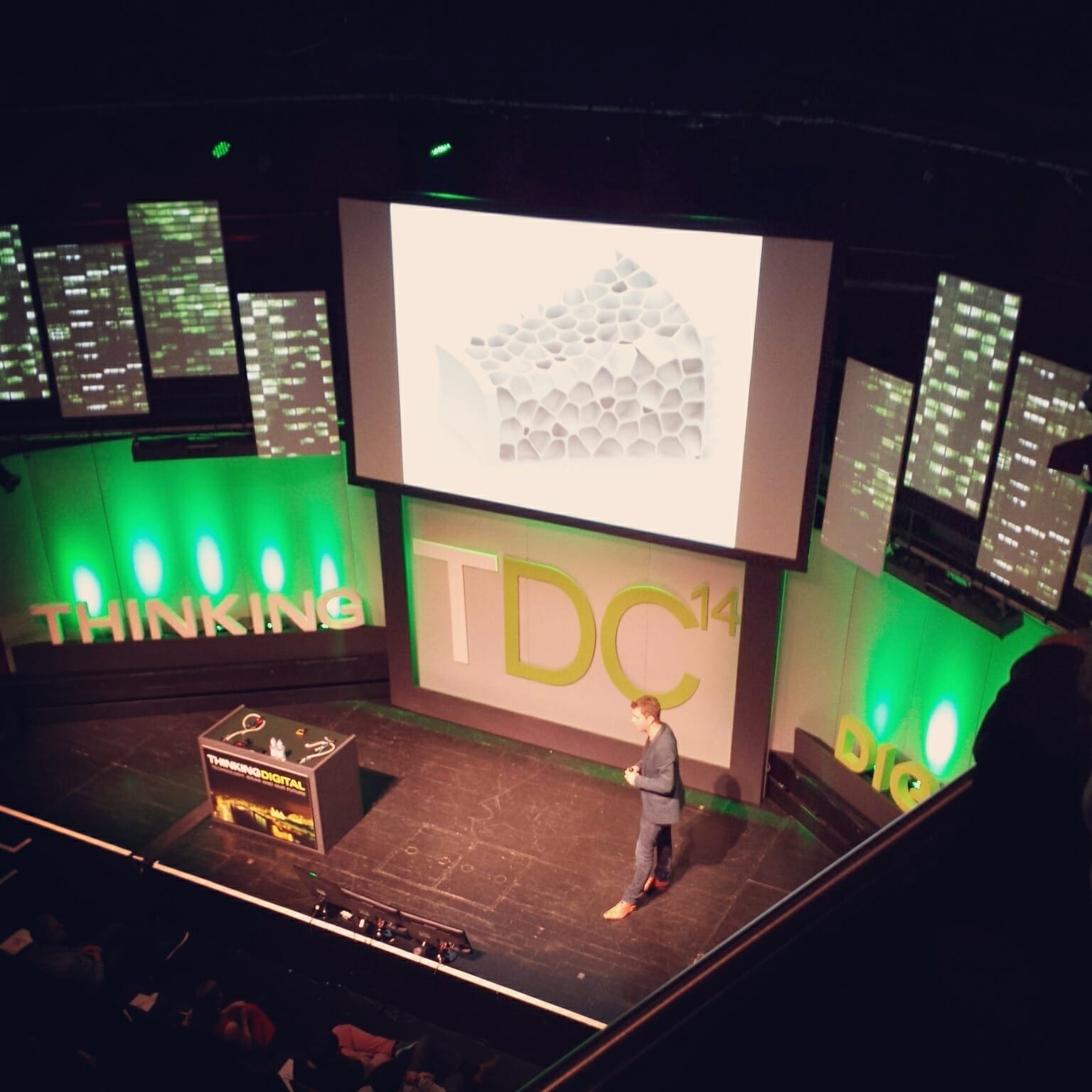 This week I attended the brilliant Thinking Digital in Newcastle. The conference had some truly world class speakers and some awe inspiring presentations from building a home on the Moon through to solving virus outbreaks across the planet. It is great to see how technology is being used to better the world rather than just to simply market stuff. Some of the products and ideas were staggering and there was also some fine piano playing from a promising young talent. The section that really made me think though was the final panel discussion. The panel consisted of The Guardian’s Jemima Kiss, Meri Williams and Christian Payne. So you can safely say they were high level digital thinkers and it showed as the discussion ensued. Jemima shared the history of the Edward Snowden case with everyone in the room in minute detail. Most people working in digital would have surely already heard about Edward Snowden but the level of detail she provided on the history of the case was fascinating – obviously she knows more than most as it was her newspaper that broke the story but it was really interesting to hear what went on behind closed doors. Once she had finished the update then the rest of the panel shared their thoughts on how shocking it is that our Governments both the UK and the US are listening to everything that we write, email, tweet or call. I find this whole area fsacinating and I used Quora to see what was being said about this topic online and although it is a US based tool I find the responses intriguing here is the full conversation if you want to read it: https://www.quora.com/Government/Whats-so-bad-about-the-government-listening-in-on-the-conversations-of-average-people It appears it is still very topical and a brilliant article in Friday’s Guardian commented:

We have learned that over the last decade the NSA has collected records on every phone call made by every American (it gathers the who, what and when of the calls, known as metadata, but not the content), as well as email data. We have learned that this happens with the cooperation of the private sector, with all that implies for their future as consorts in global surveillance. We have learned, too, that the NSA reviews the contents of the emails and internet communications of people outside the US, and has tapped the phones of foreign leaders (such as German chancellor Angel Merkel), and that it works with foreign intelligence services (including Britain’s GCHQ), so as to be able to get around domestic legal difficulties. Our suspicions have been confirmed that the use of global surveillance is not limited to the “war on terror”, but is marshalled towards the diplomatic and even economic advantage of the US, a point Greenwald teases out using the PowerPoint materials relied on by the agencies themselves.

Britain needs a proper debate about the power of the state to collect information of the kind that Snowden has told us about, including its purpose and limits. The technological revolution of the past two decades has left UK law stranded, with parliament seemingly unable (and perhaps unwilling) to get a proper grip on the legal framework that is needed to restrain our political governors and the intelligence services, not least in their dance with the US. .

I am a big reader and I have read a number of books on war games and strategy. It is these same listening techniques that ended the Iraq war because once the relevant troops could link each of the enemies’ mobile calls they could build a detailed web and see who was connected with whom and this meant they could understand what was actually going on. So these techniques were used for good to solve something that was pretty nasty. Also I actually live in Harrogate which is near Memwith Hill, which used to have protesters outside it all of the time with Spy Base Signs proudly displayed all over, so I have known about this type of surveillance for years. However, I do still find all of this pretty shocking and I don’t think it’s right that they listen to everything and capture all of our emails but if you are a law abiding citizen with nothing to worry about – should we really be too worried? I mean do they really want to see all of our emails unless there is something really nasty in there? I agree that the time for debate is now and the discussion should start over here as legislation is miles behind technology as it is with almost everything internet based these days. So I am asking you guys, do you think they should be able to listen to everything you share? Does it make you worry or does it make you feel reassured that they are listening to the bad guys too?