Cash for blogs – are some bloggers now selling out? 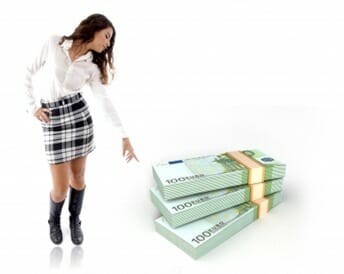 Over the last five to ten years we have seen a big shift in how blogs are being used, I myself remember starting my personal blog back in 2007 and a number of my colleagues thought I was crazy.
Who will read that? How will people find it? Why bother wasting your time with that? These were just some of the jibes/questions I received. Here is my first post, I Just re-read it and it made me wince a tad.

Blogging was certainly not the cool thing to do back then and the technology was not that great for doing it either – we all learnt a bit of coding on the way. There were a number of PR blogs but not hundreds in the PR space as there are today. I remember reading some of the old greats like Neville Hobson, Simon Wakeman, Drew Benvie, Stephen Waddington and feeling slightly nervous about making that first big step out from behind the camera, as a flack, to the front to become a blog writer. I worked with my good friend Stuart Bruce and he helped advise me with which technology to use, and to be fair to him, he let me say what I thought on our company blog too. As I honed my writing skills for the blogosphere, I got the feeling of what it takes to be a regular writer on a subject that you love for the fun of it. I wasn’t doing it for fame or fortune – I was doing it to learn the craft of what it takes to be a blogger.

So blogging has really developed and matured in the UK and we entered into a new era as Google became increasingly influential. I remember holding one of the first mummy blogger events ever in the UK, the top 20 bloggers had never actually met each other in the real world and our special film premier event for a new BBC children’s TV show gave them an opportunity to finally meet the people they had been commenting with and against.

Fast forward to 2015 and every agency on the planet seems to have a company blog with many individuals having their own place to share their content. I think it’s great when people have taken their time out to write their own personal blog, and I actively encourage my students at Leeds Beckett University to write one too. Indeed, it’s actually part of a digital communications course I have been taking for the last three years. I encourage my students to write about something they are passionate about whether that is food, drink, dancing, horse riding and yes PR and communications if that’s what floats their boat.

At Prohibition I encourage my team to write and share their thoughts, as they then really start to understand what it takes to write an interesting blog. However, over the last two years I have noticed a significant sea change in the way blogger relations goes. Blogger relations used to be about providing useful content to people, by writing personalised pitches and making sure your content was particularly interesting to that blogger. Sure you can never be sure they will cover your content, as to them it’s a commercial story and this is their hobby, but if it is relevant, it has a damn good chance to be read and maybe hopefully even mentioned.

More recently though my team has sent out stories, interview opportunities, offering free products for testing or something similar and within ten minutes a reply comes back asking what our budget for this is? Is this ethical and correct? Sure, I understand we all need to make a living, and some people use sponsorships to pay for their lifestyles but are bloggers selling out now by offering client mentions for cold hard cash even if they don’t suit the blog? Would I ask for cash on my own personal blog? No I wouldn’t I get pitched to a lot and I have used some things but 95% of the time I say no. Now I should say I have been given a couple of things for free but if I cover them I will stipulate I have been given them for review on my blog.

The Committee of Advertising Practice (Cap) has issued its first guidance since a landmark Advertising Standards Authority (ASA) ruling last year on the Vloggers and Oreo incident. Vloggers were paid to create videos and talk about Oreos online but the vloggers didn’t make it clear they were being paid which is wrong. The BBC reports:

“”A key rule under the Cap code is that if the content is controlled by the marketer, not the vlogger, and is written in exchange for payment (which could be a monetary payment or free items) then it is an advertisement feature and must be labelled as such,”” .

So I am asking the question, is it selling out to your beliefs if you ask for cash to write a post on your personal blog? Do we now have to take recommendations from bloggers with a pinch of salt, or is this how things are going to be now? If you have enough BUDGET you can get any story no matter how poor placed on blogs? I would welcome your thoughts.

Stillness has been my key – book review

Ten things I learnt from my trip to Cuba