WILL STORIES BE NEXT TO MOVE ACROSS ALL PLATFORMS IN 2019? 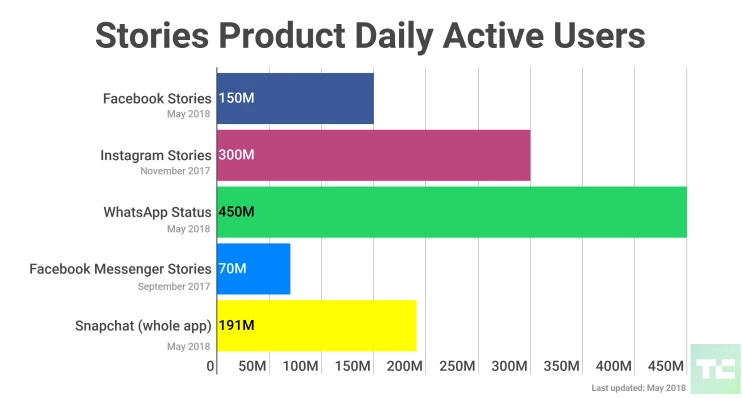 For the last few weeks, I have been busy researching and writing my latest presentation on social media trends 2019, which I am delivering for the first time on Thursday morning to 120 marketers in Yorkshire.

In my presentations, I try to cover the latest emerging trends and some predictions I have for the forthcoming year and beyond. I am not claiming to be good old Mystic Meg, but I did a similar presentation in January last year (see below) and I predicted that social media stories would integrate across all platforms in 2019. I expected the huge popularity of ephemeral content to move beyond one channel, like Instagram, and become viewable across all of Facebook’s platforms with the added beauty of creating just one story. I thought this would happen because all of these channels are owned by Facebook and it’s own stories themselves were seemingly in the words of some in the UK dead in the water.

Unfortunately, as with most of Mystic Meg’s predictions I was wrong, and in 2018 that just didn’t happen, I will be honest it wasn’t the only thing I got wrong – I didn’t predict Brexit or Donald Trump either. But just last week it was finally announced that What’s App, Messenger and Instagram were actually considering integrating their messaging systems albeit with some added encryption to avoid data being risked. This looks to be the first proper move towards making these platforms work better together, which could be great news, but also slightly disconcerting. After all we each use these platforms differently for very different things which is why they were separate apps in the first place.

Facebook has bought every tech business it can do to ensure it stays number one in Silicon Valley, so when it bid for Snapchat back in 2013, I along with most people expected it to be “snapped” up and Facebook to move on and integrate the predominantly teen platform into its ever-bursting portfolio. However, Snapchat’s founders bucked the trend and decided to resist and not sell out and fight the good fight. I am still not sure that was actually a good business decision as a year and half later Instagram launched Instagram stories and today – if you look at the latest statistics, they have surpassed Snapchat’s snaps in every way.

So it was genuinely quite surprising that when Facebook launched its own Stories in 2017 the ephemeral side of content didn’t seem to work on the biggest of platforms. I have written on here many times before about how stories seemed to be a social media ghost town – people just didn’t use them. That was until very recently, and a few upgrades into how they worked, and now they appear to be going from strength to strength especially over the pond in the US. Not only that but now along with Live Video, Facebook has admitted this is where its new strategy is headed towards much more bite-sized ephemeral content.

In fact, apparently Mr Zuckerberg called stories the “Future of Sharing” and in September the Facebook team announced Facebook stories were being used by more than 300million people every single day, which was double what it was doing just four months earlier. So it now appears Facebook is catching up Instagram but it still has a way to go as that has 400 million users according to the latest statistics.

It’s true Stories bring a new dimension to content and Social Media Examiner has shared several uses and tips on how to get the most from Facebook stories including:

Another big announcement from Facebook is that it is expecting to introduce FB Story Ads to the world this year, according to Ad Age, and this is yet another big move towards us viewing content that is here today and gone tomorrow. After all, if we like short, fast, throw away behind the scenes content we are surely going to like bite-sized adverts too right?

Stories by their very nature are much more in the moment, and a little less slick, but they feel more real and enable brands and their comms teams to offer something a little more fun and engaging than the usual polished content. In the last three or four months we have noticed brands posting on their feeds less but using stories more. So is 2019 going to the year when stories integrate across all platforms? Only time will tell.