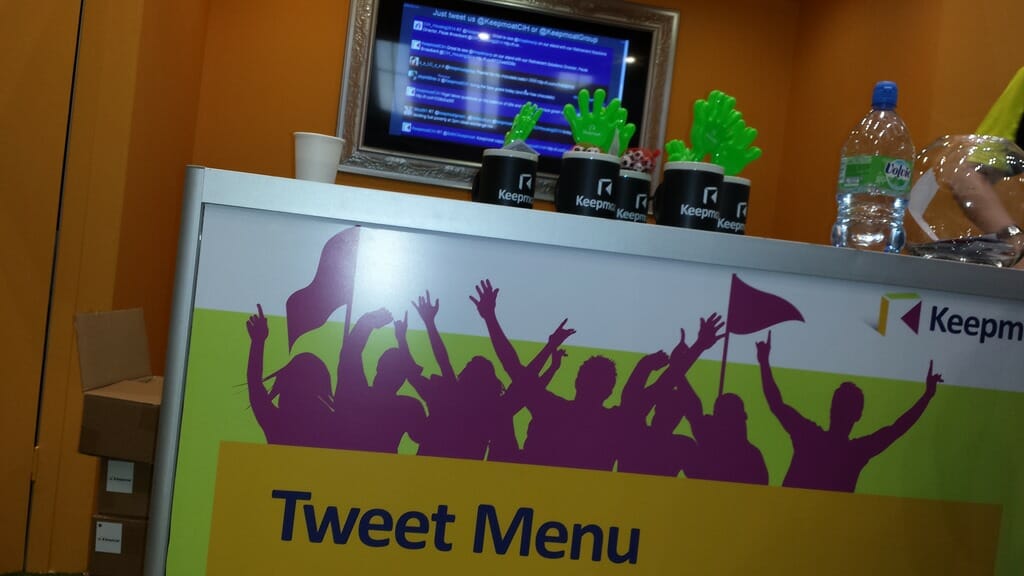 What can be better than a free pie in exchange for a tweet?

So this week the Prohibition team and I have been out and about working our buts off. I was over at CIH conference in Manchester on Wednesday supporting our client Keepmoat on their stand.

To help a brand achieve standout at the event can be

a tough call at these kind of large scale events. So we sat down together and decided to create the show’s first-ever “tweet-shop”, where delegates could pay for pies, (we went with a Brazilian football theme obviously) football merchandise including a pretty cool chalk mug you can see my

handy work below and fresh barrister prepared Brazilian coffees with a single tweet!

The tweets were proudly placed on the huge Twitter wall and tracked by us as more and more people tweeted to get themselves fed. We also had a penalty shoot out section that was proving rather popular.

I can tell you the pies were rather tasty too. We will be analysing the Twitter and social media chatter from the event and providing a full video which I will post up in a few days when the conference has finished. I can say this though the stand proved to be a major hit with everyone at the conference having come over to test the pies out.

@KeepmoatCIH design your own chalk mugs on the #keepmoat stand pic.twitter.com/WPL1PuFZ1z

@KeepmoatCIH is making the show go on with tweeting for eating. #happydays