Tripadvisor and how to get fined for negative reviews 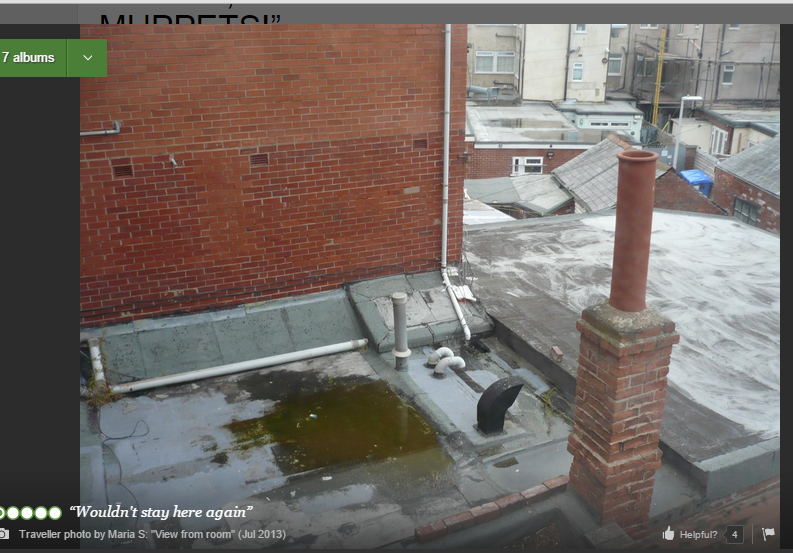 Last month I was quite shocked to stumble upon an article about a couple who were actually fined for leaving a negative review on TripAdvisor.

Tony and Jan Jenkinson, had been on their way to Oxford to visit family, when they stopped off at a Blackpool hotel to split up their journey. The couple then felt they received a poor quality of service at the hotel and in turn wrote a negative review on Tripadvisor. So everything sounds pretty standard so far, right? Wrong. The hotel then decided to take £100 off their card as a fine for this review.

The Broadway Hotel had imposed the fine on the couple after they described the hotel as a “rotten stinking hovel.” The charge was incurred as it was in the hotel’s policy to charge customers up to £100 for any negative reviews. The policy reads: The “Despite the fact that repeat customers and couples love our hotel, your friends and family may not… “For every bad review left on any website, the group organiser will be charged a maximum £100 per review.”

An investigation is under-way by trading standards to try and establish whether or not the couple were subject to unfair trading practise regulations. Mrs Jenkinson signed the policy agreement but apparently didn’t read the small print (who does?) as she didn’t have her glasses with her at the time. John Greenbank, north trading standards area manager, said it was a “novel” way to prevent bad reviews.

This isn’t the first case of hotels trying to influence peoples’ decisions of whether to review or not. Hotels across the country have been offering reduced priced rooms and even cash for positive reviews which is something we should whole heartedly disagree with. I think a platform that allows people to see what everyone else thinks is a good idea and that is why it is so popular.

I am sure some reviewers are worried but they would have a complete defence as long as they can show that what was said was “substantially true”, or that they were “merely expressing an honest opinion based on facts which existed at the time”. I think pictures to illustrate the point you want to make are critical here as opinion is simply that opinion. What one person thinks is terrible another can think is perfectly fine.

TripAdvisor is today a colossus as it attracts 45m reviews from more than 500,000 destinations and is the stop of point for those wanting an honest review about places to stay. Many hotels have already been banned from it for trying to pay people to write glowing reviews. The offers can include anything from up to 10% off food and drink and in some cases even letting people stay for free which is again very wrong.

Businesses of any sector in 2015 will have to be ethical to succeed – not just hotels. The message here is that a business should focus on getting its core business right, in the case of the aforementioned hotel to deliver excellent customer service and not to try and artificially engineer the omission of bad reviews. Newtons third law suggests that for every action, there is an equal and opposite reaction. This analogy can be transferred to business in so much as, if you deliver good service this will be reciprocated in good publicity and ultimately more profit in the long term. However, if you try and deceive people and consistently deliver a poor level of service then one day you can be sure to expect to be caught out.

Do you think people should be paid or fined for reviews?