Samsung PR disaster or crisis management? When it all goes up in flames. 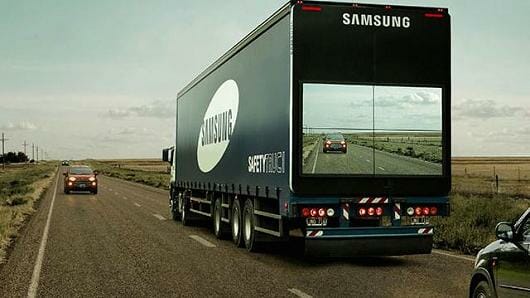 It has been a truly torrid couple of weeks for consumer giants Samsung. In an instant world, even minute issues can spiral into a PR disaster, so when a major clanger is dropped- damage can be cataclysmic. And this has very much been the case this past couple of weeks. The Galaxy Note 7 was the cornerstone of Samsung’s range—and a product bursting into flames is pretty much a worst case scenario already, before even adding a failed initial recall. But is such an incident fatal to a brand, or can Samsung survive it unscathed or perhaps even come out stronger?

The product first hit the market on the 19th August—reports of spontaneous combustion started pretty quickly. From this point it only went downhill for the Korean giants in what can only be described as a torrid timeline. By the 11th of October, Samsung advised all Note 7 customers to switch off their devices immediately – now this must have been a worrying sign. This announcement placed them in news cycles across the globe, and saw £11 billion wiped of their market value (ouch). This shows you how important a corporate reputation is to a company listed on the stock market – maybe its why we are seeing more PR professionals on boards.

Firstly, a product recall is of course never good, it demonstrates that there is something clearly wrong with a product. I should know, my Audi A5 has been called in for its emissions system to be tweaked following the rather large Volkswagen Audi scandal. However, a second recall and then a cancellation of the product entirely is truly terrible news for all involved. Yet crucially if this product was dangerous, that has far worse reaching ramifications than the cost of just recalling a product and a drop in share price. Indeed, as the FT points out, Samsung’s response, however dithering it seems, is actually pretty quick by corporate recall standards and should be seen as a bold step.

Often, if a company is seen to be in control of its messages, and more importantly the crisis, then often many brands can come out of it stronger and be seen to be safer because of it. This is what I think Samsung could have done here. Humorous responses to the crisis, like a mod for a videogame which has incorporated the note 7 as an in game weapon – are tricky to deal with and should sometimes be ignored. On the other hand, airline announcements claiming a ban on all Samsung phones have been reported, this is something that Samsung MUST intervene in through clear messaging making clear that it is only this specific model. Social media is vital for such incidents– and giants like Samsung must reach out to their customers directly before toxic brand rumours like this can be allowed to spread. They need to control the messaging and look in control.

It’s important to note that an incident like this isn’t the first time consumer electronics have been a bit of a disaster. Indeed, even Samsung’s main rivals Apple have not been immune to brand damaging incidents. Who can forget antenna-gate, or bend-gate? Well actually, most of us it seems, considering the firm is the most valuable business on the planet. And here in this reference lies the crucial point: Consumers often have short memories if crisis management is executed brilliantly. In fact, there are PRs up and down the country that are pardon the pun “putting out fires” all over the place to stop reputations of their clients being affected.

I personally think Samsung is going to be stung by this but the brand is strong – its products are mostly brilliant. I have three of their TV’s in my house, two Galaxy Tabs and use a Galaxy Edge 7 for my phone and would be happy to be a brand advocate for them any time, overall their products are great. Sure this one hasn’t worked out that well but they have taken the decision to remove it from the market, to avoid more brand damaging images, which have unfortunately been widespread throughout the crisis. Now the issue is almost concluded—the brand repair work can begin.

Overall, it’s quite clear that the complete recall of the product is sensible, and this could serve to counteract the perception of carelessness if their message is expressed correctly in the coming weeks. It’s unlikely this episode can ever be spun into something positive, yet once the issue dies down, the firm can go back to their post-crisis phase, and begin to win back consumer trust. However, for Samsung much lies ahead if they wish to put this debacle behind them.

What do you think they should have done differently?