Government crisis: Watch out for typos they could cost you £9million 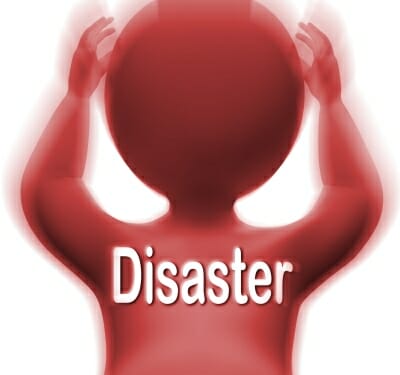 In the news this week the tiny difference between ‘Taylor & Sons Ltd’ and ‘Taylor & Son Ltd’ has ended up costing our Government £9 million – so I guess that’s me and you too.

Yes the Government had a major crisis on its hands after a typo – albeit a very important one – cost the taxpayer a sum of £8.8m because it resulted in 250 workers sadly becoming unemployed. The high court has ruled that Taylor & Sons will be awarded the hefty sum after a civil servant had mistaken the firm for the actual liquidised Taylor & Son.

Companies House incorrectly stated that engineering firm Taylor & Sons had ceased trading which led to false rumours spreading about the business and this in turn resulted in the cancellation of various orders and a number of credit facilities being withdrawn which basically left the firm unable to trade. This must have been truly horrible and nothing to do with the actual business itself.

The owner of the business Phillip Davison-Sebry will receive the compensation money and all I can say about that is I think he deserves it as this sounds like a really horrible crisis situation that has arisen from such a tiny typo. I don’t think spell check could help them with this one.

In an attempt to rectify the error, the gaffe was corrected but not until three days after the event took place, which is much too slow. By this time unfortunately word had already spread to its customers about the Cardiff based firm’s financial troubles. Mr Davison-Sebry began to receive angry phone calls from clients questioning his whereabouts when his company was allegedly in liquidation.

“I was on holiday in the Maldives when I got a message to urgently contact Corus, one of our major clients. They said they weren’t happy at all I was on holiday, asking how could I be on holiday at a time like this?” he said.

“They said we were in liquidation and that the credit agencies had told them. I rang the office to find out what was going on – it was like Armageddon. This was all on the day of my wife’s 50th birthday. We will never forget it”.

It was later reported by his lawyer Clive Freedman that the company lost its best client, Tata Steel which had a £400,000 a month contract – I wish we got contracts like these in the PR sector.

In addition, a £3m deal with the Royal National Lifeboat Association fell through. It was stated that the business was so badly damaged that it was unable to continue trading. So it entered administration just two months after the blooper despite being more than 130 years old.

The judge commented that this is the only error ever recorded on the companies register. This meant that Companies House were completely liable for the accident as the company had no way of protecting itself from the error. The judge further commented saying it was “fair, just and reasonable” to hold companies house liable. I have to admit – I agree, this poor chap has been ruined overnight along with all his poor staff.

The amount owed by Companies House is not yet disclosed but Davison-Sebry valued the claim in the region of £8.8m. Companies House said today: ‘Companies House has recently received the judgement in this case and is currently considering the implications at this time. Until these considerations are complete we remain unable to comment further.’

Although this may be a freak accident it is still relevant and a lesson could be learnt here. Companies House could have, for example been quicker in responding to the incident and replied to the accident in a more open and transparent way. Organisations in the business world come under intense scrutiny daily but what separates those with good reputations to those with bad ones is how they respond to these challenges and share information with their public. The quicker a mistake like this is rectified the less damage is done to the brand but sadly in this case the damage was irreparable and for that I feel very sorry for all parties concerned.

The ideal situation would always be that there is no crisis at all but if one should emerge then it is best to admit wrongdoing, be transparent and quickly work to find a solution that will help your client. After all, the reputation of a business takes a long time to create and build but as we can see here it can be lost in just a matter of seconds which is why I believe we will have a strong and robust PR industry for many years to come yet.