Prohibition Gets Shortlisted in the Top 50 PR Agencies 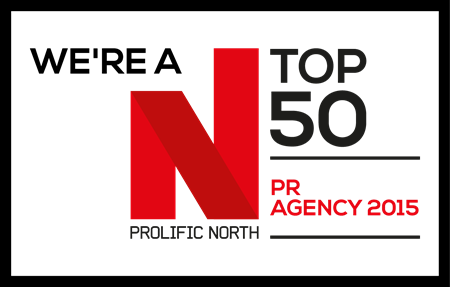 Well I think it’s fair to say that I have had a busy few months, and in fact, the last twelve seem to have been the busiest in my entire career. My PR Agency Prohibition has thankfully been winning new clients hand over fist and this week our work was recognised externally, on a regional level, after we were included in the North’s Top 50 PR Agencies.

The list which is released every year, albeit for a bit of link bait, ranks each PR agency according to its financial information taken from Companies House and also from supplementary information from PR companies themselves. The ranking looks at information from more than 200 PR agencies, which are either based in, or have offices in the North. Click here for the full list.

To be honest we haven’t entered before, and there are some truly great companies in here that I respect deeply, so I was delighted to be included at all. Prohibition has grown 100% every year for the last three years and I expect to do something similar this year, I would love to pretend it’s all down to my brilliant strategic PR mind but the truth is it’s down to my team who work harder every year for the greater cause and as managing director nothing makes me prouder.

So I would like to thank all of my team for their hardwork in 2014-15 and simply say I can’t wait to make some of the big announcements we have coming this year.