Is it wrong to steal an agency’s idea if you pay for it? 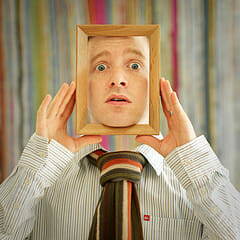 Yesterday John Owens wrote an article on PR week about a new tech start-up company who are on the lookout for a clever creative PR idea which they will pay £3,000 for. Bizarrely though TransferWise, the company in question, have already lined up an agency to implement the idea. They just need someone else to come up with it.

This different take on things sparked a number of opinions in the PR industry, most of which resulted in the company apologising for any offence that they may have caused to the agencies that put their heart and soul into campaign ideas. With the MD of Tin Man Communications branding it as “completely devaluing the industry” it begs the question, to what extent? It is somewhat understandable for these agencies to be offended, when they have spent sleepless nights coming up with outstanding campaign ideas and then the agency behind TransferWise are essentially asking for an easy-bake stunt recipe.

However, it has to be said – at least they’re being upfront about it. Having gathered my fair share of experience in the industry over the years, it is no secret that many big corporations often “borrow” ideas from agencies after a pitch despite that agency not being appointed. It’s all a bit hush hush but we all know that it can happen and can be hard to prove. I remember many years ago the big debate around copyrighting ideas in a pitch.

It does hurt when your team has worked for weeks on a killer pitch, competing with a number of other well-known agencies just for the potential client to hire none of the above and coincidentally implement a campaign that is spookily similar to the one that you spent a considerate amount of time and money in putting together.

Having said that, what does it really say about the guys that TransferWise have lined up? A so called “agency” that can’t come up with their own stunt, with their lack of creativity pricing up to the tune of £3,000 in addition to the £40-£50,000 that the stunt itself will cost. I have to say if I worked for this “agency” I would be rather insulted. Are they saying we can’t come up with our own creative ideas? Ouch.

So you will get paid £3,000 if the idea is good enough, but who then gets the credit? If TransferWise are willing to put £40-£50,000 into a clever stunt then what are they set to make from it and what kind of recognition will the agency get for your idea? My guess is quite a bit.

It may all seem rather controversial. Are the people that are offended by the idea of this taking our industry too seriously? Yes, PR is a creative industry and these people who claim to be PR professionals should, in theory, be coming up with their own clever and creative ideas but who is to say that offering money for ideas is wrong – isn’t that what all of our clients do anyway?

Photo Credit: On the mountain at dawn via Compfight cc