Are we seeing the slow painful death of Google Alerts? 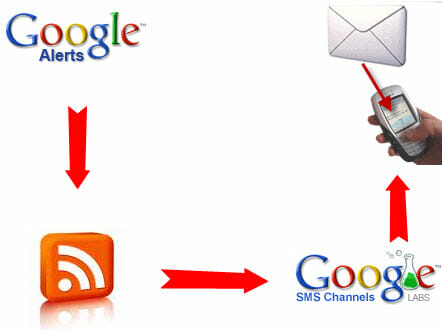 Over the last couple of months I have been really busy giving my usual lectures to my lovely PR and Journalism students at Leeds Beckett University and one of the presentations I have crafted is on the Future of Social Media listening which covers the issues and different elements modern PR practitioners need to consider when listening and identifying important issues online.

I won’t bore you with the full details but I cover a wide variety of elements in the seminar including the beautiful graphical Enterprise solutions right down to the free monitoring tools and let’s face it no free monitoring tool list could be without our good old friend Google Alerts. However, whilst researching and talking about how they have improved since their inception, I have started to hear rumours that Google alerts have not been sending everything and maybe being throttled which has forced some PRs to start questioning their effectiveness.

Two weeks later one of my friends, who also happens to be a client, contacted me asking whether Google alerts were still sufficient in monitoring a brand’s media coverage. The client confirmed she was receiving the same level, if not more press coverage from her press cuttings service, Precise, but the Google Alerts she had been receiving over the last couple of months seemed to have reduced by around 60%.

After scrawling through the web I eventually found the press cuttings which Google Alerts hadn’t picked up and this got me thinking, why have alerts started to lose their effectiveness? I always knew they were not 100% effective to monitor press coverage but they have usually given a good indication of what has been covered, and so I recommend them as a useful tool to monitor either industry issues or competitor’s campaigns when paid services are out of the question.

In 2003, when Google introduced its alert system, the PR world (well us more geeky PR types) celebrated with delight as we believed we would no longer have to continuously check search engines for news and wait for the nasty photocopies to come through the post three weeks after the campaign. Google Alerts were instead sent directly to your inbox, entirely free of charge, which back then was a big deal, and to many of the third sector clients I speak to these days still is. However, as time has gone by Google Alerts seem to be being disowned by the very people who had previously celebrated them. So what is the reason for this recent drop off in accuracy?

If you take a Google search for yourself you will see pages of articles and forums on issues such as a decline in alerts, delayed alerts and missed updates. As recent as in January 2014 Google tried to rectify this issue with an update which included: social sharing options, featured images and larger headlines. However, these updates have done relatively little in the way of improving the service to its former glory. This has led to many PRs and businesses just using the alerts system as a back up, to an otherwise better, or paid system, which is what I recommend people do anyway.

So what are the other methods of monitoring mentions without Google alerts? Talkwalker alerts is very much like the old form of Google alerts in design and layout which is a great alternative option. It is very simple to use and you’re able to monitor brand names, competitors, relevant topics and more. It also sends a direct email to either your email or RSS feed reader and is absolutely free to use. This is the next best thing to the former Google alerts system and is great for those who love simplicity and a bare-bones appeal to monitoring conversations.

However, in my presentations I still tell people you get what you pay for even in social media monitoring. Well it seems to be true with the advanced monitoring system of ‘Mention’ anyway. Mention is a media monitoring app that offers advanced tools to get the most out of alerts. The alerts are available over both the web and social networks and deliver alerts in real time via push notifications or daily/weekly emails. There are also a lot of additional features which include detailed reports, analytics and team alerts. At £6.99 per month Mention is a higher quality, advanced monitoring system which isn’t quite Enterprise monitoring level but it’s certainly a step in the right direction.

Are we really seeing the death of Google alerts?

My advice is not to abandon Google Alerts but use them alongside another platform to ensure you are getting something. What are your thoughts? Have you seen a big drop off recently despite your activity being strong? I still feel monitoring and listening in some way is better than nothing at all.