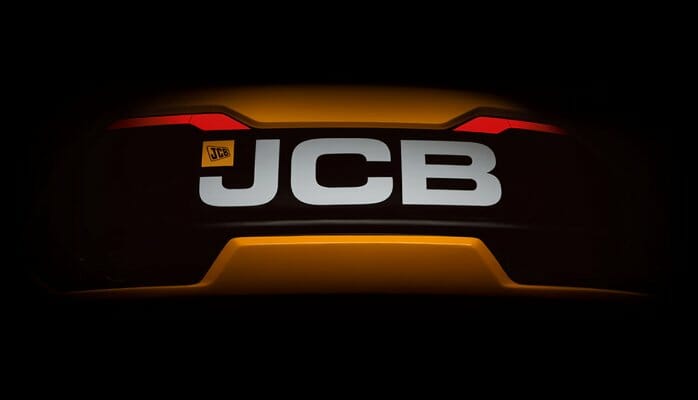 My manager and I form the ‘JCB Social Media team”. Between us, we run JCB’s global pages and provide support to the regions. Our task was to ensure this campaign ran consistently throughout all channels in all regions- a task we were eager to take on!

Beginning with a social media, print and email tease campaign, we piqued the interest of thousands of people who all signed up to hear more about the machine. Our adverts hit hundreds of thousands of people in the industry. The results have been incredible and it’s the the first launch campaign we’ve run seamlessly across all platforms has been a major success.

We experimented with multiple advert types across 3 social networks to see what worked for us, even creating a new ‘Canvas ad’ on Facebook- definitely a first in our industry and only the 2nd of this new ad type that I’ve seen on Facebook! Tweaking our ads based on the results week by week, we perfected our target audience and ad type in time for our big launch.

The whole campaign was based around a campaign page and all of our ads directed people to this page. The page held all of our tease videos and was later switched to a product page on the day of the launch. Link: hydradig.jcb.com

Here’s a round up of the campaign so far.

March 15th- Press launch. The machine was unveiled in a video explaining our ‘Be First’ slogan- Our new wheeled excavator allowed the operator to ‘Be First’ thanks to 5 points which our whole campaign was crafted around.

The vision from the outset of the project was to design and engineer the most innovative solution in response to five key challenges facing customers in today’s construction sector. The machine had to be first for visibility, stability, manoeuvrability, mobility and serviceability.

First for Visibility: See all 4 wheels.

First for Stability: 1000kg at maximum reach.
First for Mobility: Stable 40kph roading.
First for Manouvrability: Under 4 metre turning radius
First for Serviceability: Rapid ground level servicing.
With this amazing creative from the JCB Designworks team (Our in-house design and creative team) and our efforts on social media, we were able to engage over half a million people with our social ads and ‘Be First’ for a long list of things including the below:

I’m proud to have been a part of this great launch and thank everybody for their interest in the HYDRADIG. Reading the comments and seeing the excitement has made it all worthwhile. Thank you for joining the hype, because without every click-through and every ‘like’, there wouldn’t have been a hype.

Now, it’s time to ‘Believe the Hype’ The machine has truly redefined the design of a wheeled excavator.  The last thing I’d ask is when you come to buy one of these, let your dealer know that you saw it on social media first!

UPDATE 1: Since writing this, we’ve made the front cover of Earthmovers and ConstructionWorx magazines. I’ve seen great articles on many websites and in many publications.
We’re under way with many customer events to showcase the product and we’ve already received an order from HE Services for 50 following an outstanding launch at BAUMA 2016. The machine has now made it’s first debut at Scot Plant 2016 and the stand featured a machine adorned in Blackwood livery, following their order for two of the machines.

UPDATE 2: A whirlwind few months for HYDRADIG. Customer images and comments are flooding in praising the machine for all 5 of the key attributes we sold as part of the campaign. A very well known owner operator in the industry made this comment on Twitter which we were very happy to see!
The machine has already been spotted on a beach in Belgium which gave us some excellent social content. We are now promoting customer photos and stories to the same audience who received our HYDRADIG ads. After all, nothing proves our claims like real customer testimonials!

Will Smith (an operator from Blackwoods) loves his machine after being one of the first to drive HYDRADIG. His photos and comments are being widely discussed on constriction forums. I’ll end this update with his smiling thumbs-up as he stands next his machine!