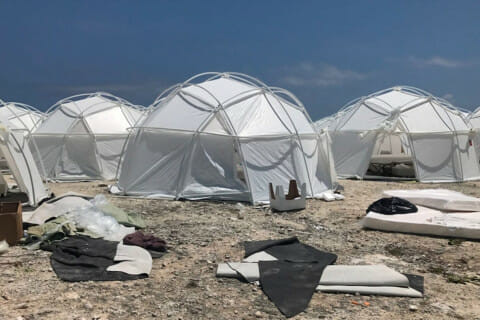 OK, I will admit it I am a little late to the party on this one but my colleague found this video and shared it with my team and it actually made me laugh, so I thought it was worth sharing on the blog.

If you haven’t watched the rather shocking documentary on Netflix about Fyre Festival, where the hell have you been? The documentary gave me both anxiety and a strange sense of relief that we could never do anything as bad as that. I honestly couldn’t believe anyone would dare to act as reckless as the founder of Fyre did that guy had literally no morals. If you have seen the documentary, you will love this little social media stunt from our friends at Shutterstock. This is a short remake of the now infamous influencer promotion video for the festival except this video is made entirely from their stock video. Not only that they even include the pigs. It has some way to go to reach the 4million views the original clip received but it is already doing rather well.

Well done Shutterstock – nice work and pretty timely. I have shared the original video as well in case you missed it.