A campaign to celebrate the fine work of mums everywhere 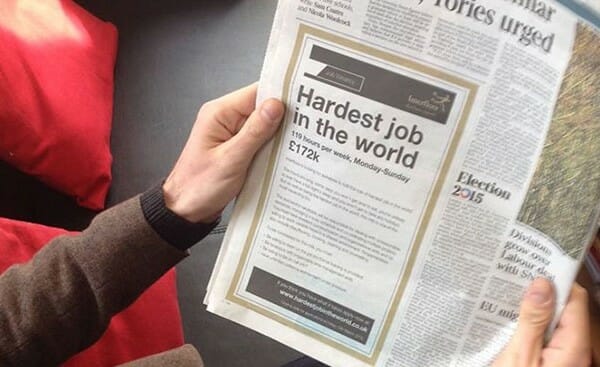 I know I have been rather quiet recently and the last two months have been rather busy at Prohibition HQ if I am honest. We have had a stellar record year won several new accounts, hired a number of talented  new recruits and taken on some exciting a projects. One of those included was for the high street brand Interflora and we named it Verses for my Valentine, in this campaign we asked people when was the last time they received a love letter – it turned out that almost half of people never have. We wanted to encourage people to share their feelings and to do so in various formats, we collated a lot of this and created this infographic and then we worked with the Poetry Society and a couple of experts to create a scientific formula for the perfect verse.

Following the success of that campaign, we then helped Interflora to also celebrate Mother’s Day. We were tasked with implementing a multi-stranded, integrated communications campaign to recognise the hard work mums do for their families on a daily basis. So we created a delicate mix of social media engagement, traditional media relations, SEO, blogger and influencer relations, as well as a series of strategic content marketing initiatives.

Here’s some of what we did…

We questioned British mums to find out how long they spend doing different ‘mum jobs’ each week (cooking, cleaning, driving, teaching etc). We then used their responses and official data from The National Careers Service to calculate what the average British mum would earn if motherhood was an actual profession – a massive £172,000 for 119 hours work a week! Let’s be honest they deserve their weight in gold.

We kicked off the campaign with a spoof job advertisement/PR Stunt in The Times, which got a lot of people talking, both on and offline including, unfortunately, the infamous PR troll Katie Hopkins, which you can read what she said for yourself here, the advert just directed people to a fun URL we created: www.hardestjobintheworld.co.uk.

We then engaged with experts and online influencers asking them to get their children to tell us what made a mum a Super mum, we got loads of entries but you can watch some of our highlights in this video we created here.

Being an Integrated PR Agency we also did some extensive media relations targeting different media with various strands of the story securing coverage all over from Daily Mail, Independent on Sunday, Daily Mirror, Daily Record, Reveal online, Metro online, AdWeek, Huffington Post, Real Business online and not forgetting Netmums to mention a few. The campaign touched more than 28 million people and touched the nation’s campaign for that weekend.

The entire campaign was carefully designed to direct people back to a dedicated microsite which we helped to design and build: www.interflora.co.uk/supermum. This site was packed with useful content that let mums work out their own personal mum salary using our bespoke app, the mum salary calculator. We created a viral effect by encouraging them to share that with their friends and thankfully the app has already been shared more than 1,430 times at the day of writing just on Facebook alone.

All of this activity was aimed at creating genuine online conversation (measured with social media monitoring tools) around the brilliant hard work mums do in homes all across the UK every single day. I hope you saw our campaign and I imagine you have your own views, we enjoyed it and I would love to do something similar for dads later this year but I am going to have a good think about how dad’s can be championed – because we work hard too.