Digital journalism is alive but is digital PR? 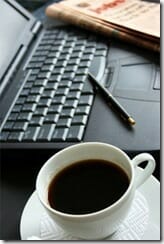 Today the BBC announced that it is cutting almost 500 jobs but reinvesting in a further 195 posts to back what it calls ‘digital journalism’. So I think we can safely say that digital journalism is where the BBC believes the future of that industry is headed.

Several years have now passed since the birth of Web 2.0 and the social media bandwagon has rolled out of many towns because most of us are now used to using social media. The media industry has also adapted – albeit slowly – its practices to use it as a credible source/resource to help find leads and qualify stories. Digital journalism can mean many things according to Wikipedia:

Digital journalism also known as online journalism is a contemporary form of journalism where editorial content is distributed via the Internet as opposed to publishing via print or broadcast.

The Guardian reports on the BBC cuts by stating:

Some of the savings – £12m – will be reinvested in digital platforms and enhancing the BBC’s original journalism. The BBC plans to spend £8m on hiring extra specialist editors and correspondents, local political reporters and city correspondents; with the remaining £4m going into social and mobile news, data journalism, online analysis and enhancing News Labs.

In addition the World Service will receive an extra £13m to invest in digital journalism and the development of further language TV services over the next three years.

So the future of journalism is creative clever digital journalism. This includes the widely derided infographic, blogs, tweets and video through to clever more sophisticated social media applications. The future of online media is niche media for me. I have long championed good quality journalism whether that be digital or otherwise. I had hoped when this all began that the best writers no matter where they were would become infamous rather than the ones that got that one lucky break to sit on a news desk. Digital Journalism is the future and sadly the regional newspapers are still trying to make this profitable without losing their readership too quickly.

So we have ascertained that the future is still digital. However, I have read numerous articles that online public relations or digital PR is now dead. I have read many people, that I respect, saying that digital is simply one more channel that should be targeted just like the traditional media.

I will admit that as the lines have blurred over the last eight years it has been far easier to become good at digital PR. SEO and web design agencies are now frantically re-branding themselves to call themselves PR Agencies. This really depresses me because they are not. This continues to happen and all because Mr Cutts and his friends at Google want to rid the world of SEO altogether and provide you and I with the best results, sites and content – apart from their own services allegedly.

“BBC News led the way first in radio, then in television and then online. Now, digital technologies offer us the opportunity to lead a fourth revolution in news. So, as well as setting out our savings plan this morning, we are also announcing proposals to restructure news and target investments in our future – in the digital transformation of BBC News, in our own original and distinctive journalism, in making this a better place to work.”

So do you think online PR is dead because the SEO industry certainly doesn’t. In fact, I read this article this morning, which again depressed me, because SEO practitioners are trying their best to copy us and do our job. I have always seen this as a career more than a job – they see it as the latter. They are not looking to improve a client’s reputation they just want to appear first on Google. I still believe we – the PR industry – are the best people to manage your online reputation not them. When the shit hits the fan who do you want to turn to?