In a very recent announcement, Google has confirmed that it will no longer display advertisements on the right hand side of its search engine result pages. This may sound a small thing but it could be a rather significant change, in a statement Google confirmed:

“We’ve been testing this layout for a long time, so some people might see it on a very small number of commercial queries. We’ll continue to make tweaks, but this is designed for highly commercial queries where the layout is able to provide more relevant results for people searching and better performance for advertisers.” This latest update has caused a bit of a stir among digital marketers, leaving them wondering how it will affect their Pay-Per-Click (PPC) campaigns: the price they pay for each click on an advertisement and how they will be viewed.

Google will now increase the number of advertisements shown above search results from three to four, for what it describes as ‘highly commercial queries.’ Other changes include a reduction in advertisements on any given SERP from eleven to seven which should hopefully mean your results are more targeted and accurate.

With these more streamlined results, digital experts are speculating that a page’s Quality Score – Google’s algorithm for determining how likely a page is to be found during a search – will now play an even more significant role, and the four advertisement spots will be hotly contested.

Oliver Ewbank, Head of Digital Marketing at Feefo, one of the UK’s leading ratings and reviews platform, suggested:

‘Businesses need to prepare to improve their web page’s Quality Score if they want to be visible in Google and keep the cost of their PPC campaigns down. A great way to do this is through fresh and relevant user-generated content, and through Seller Ratings.’

This new development from Google could also be partly due to the huge growth in Adblocker technology, which seems to be exploding, with Apple recently announcing adblockers in its next mobile operating system and Samsung which rolled them out across the board recently. It’s actually Google chrome users like me that are driving their growth though. According to Fortune.com Adblock use last quarter grew 41% worldwide year over year and 48% in the U.S. As of Q2, 45 million Americans were using ad blockers and you can expect that to be pretty similar over here in the UK.

Some media are fighting back against the new advertising revolution with WIRED recently announcing a rather interesting approach to dealing with adblocking users. Users are blocked entirely from seeing the site, or they can pay a small fee each month to get ad-free access.

Sponsored articles and videos also referred to as native advertising – could be another solution to the battle as it is less obtrusive than traditional pop-up and banner ads and harder for ad blockers to detect but this could pose a threat to what we know as independent journalism whether that is true or not only time will tell.

It will be interesting to see how that one develops over the next three to six months but one thing is for sure there is a battle for monetisation going on right now on the internet and we are all making a difference.  Personally, I use an adblocker but I also like good quality content and am happy to see advertising if it means I can access the best content – I think its going to be about getting the balance right but that’s easier said than done just look at The Independent. 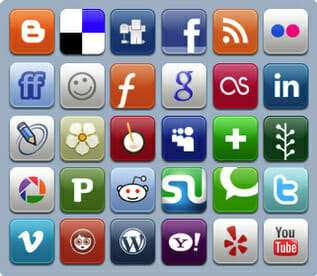